Today is the day!  The biggest Monday in our sport!  Patriots’ Day, the third Monday in April.

A little race known around the world, the Boston Marathon was established in 1897.  Back then, with 18 participants, the event has grown to 30,000 plus.  It’s The Race!  The race we all want to run.  One of the six World Marathon Majors.  The Big Six includes Tokyo, Boston, London, Berlin, Chicago and New York.  To this point I have only run Chicago.  Later this year I will be adding New York City.  Maybe Boston in 2016.

Wouldn’t it be a great goal to run each of these six marathons?  For me, it would include some international travel, but would be so fun to partake in each of these events.

Now two years since the horrific events that marred the marathon with bombs, death and destruction of lives and families, the healing continues.  The focus is what it should be, the runners.  I know I wish I was in Boston this morning.  I will be watching though, via live streaming.  I am hoping for an American sweep, of course. 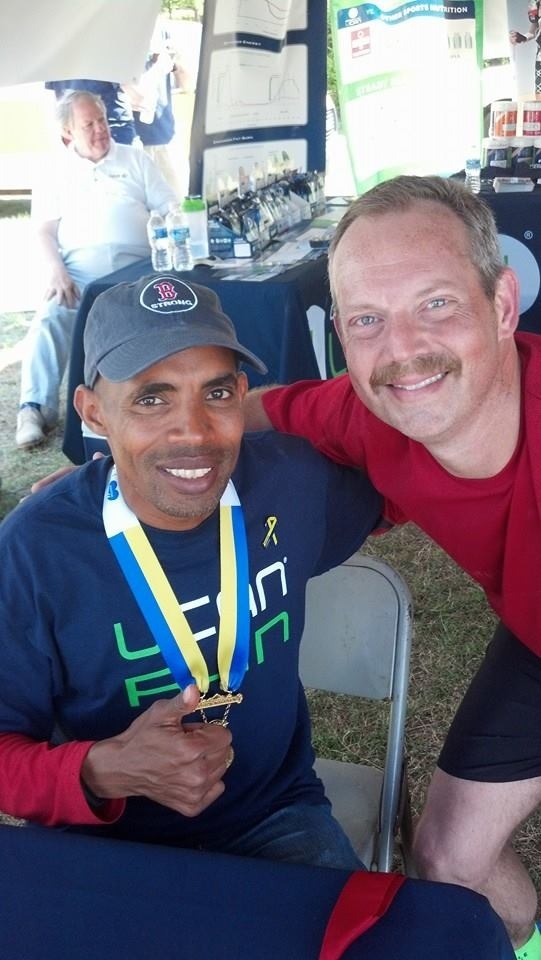 I would love to see this awesome guy win again!  Who will you be cheering on today during the race?