The last few days are such a blur.  As I sit here on the couch on Martin Luther King Jr. Day, I only have a short few hours before heading to work.  Most people I know are on the tail end/final day of an either three day or four day weekend.  Me?  Not so much….

I worked last week on Thursday night, getting home about 10:30pm.  I did have Friday off, so I packed in the morning and did various other chores before hitting the road for a 250 mile drive to Charleston, SC.  I drove south through pounding rain for about four hours before it finally quit and turned partly sunny as I was arriving.  The drive sucked! 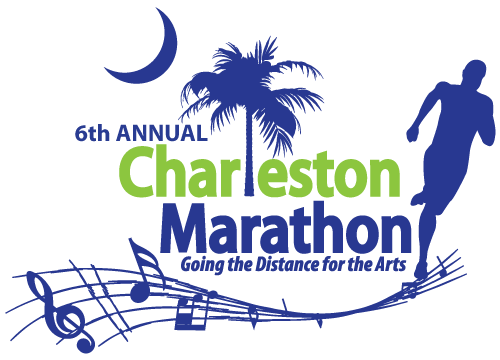 The reason for my trip was to run/pace a marathon the following morning.  So, my first stop was the race expo, which was easy to find and navigate through.  Since I arrived fairly late I couldn’t spend a lot of time there because I still had to find my hotel, grab dinner at a decent hour, and get some relaxation in before an early bedtime.  My stomach felt a little off all day, so I wanted something fairly benign for dinner.  So, after finding my hotel I did a search on my phone for something nearby.  I found a sub shop just two minutes away, and I ordered a plain turkey sub.

Me, in for the night back at the hotel with turkey sub in hand, I relaxed the rest of the evening before a 10pm turn in.  Maybe it was the bed, or the pillows, or the warm room.  Something just wouldn’t allow me to relax and fade away to sleep like usual.  It was a struggle.

I woke up early feeling good though on Saturday morning.  Off to the race site for early meetup with the other pacers.  It was a pleasure meeting everyone.  I felt good, and confident.  A full race recap will follow in the coming days, this is more of a weekend recap, so many of the details are going to wait for that.  As the race began, it was warm, and windy.  All went well for miles and miles.  Right on pace.  As a pace leader you can’t really let on when things start to go wrong.  It happens though.  Luckily I wasn’t alone pacing the 4:00 group.  My pacing partner Eric was awesome!

In a nutshell, the race was good, but I wasn’t, starting about 18 miles in.  I fell off the pace by a few seconds when I started feeling dizzy.  Race day temps were warm, so I took some extra time at an aid station to try to offset what felt like some dehydration issues.  My stomach wasn’t feeling right again.  I did catch up to the group shortly thereafter, but my race was never the same after another mile or two.  My stomach and GI issues continued.  I felt such utter disappointment as my group finally started pulling away from me.  I needed a bathroom, and needed one quickly.  My stomach was my downfall in this race.  I finished off pace, and truly was embarrassed.  I tried to shake it off, as we all know anything can happen on race day.  Truth is, I hadn’t had a finish in a marathon over four hours in almost three years.  I still haven’t gotten over it, but I will.

After the race, I drove the 250 miles home, where my son was waiting for me.  I spent what was left of the evening on the couch resting my aching legs and stomach.  I had to be up early on Sunday to work, and have to work again today.  Yes, talk about a whirlwind four days.  500 miles in the car, 26.2 miles of running, and all the while with stomach issues.  Not sure what went wrong, but my stomach is still not back to normal.  I’ve spent more time in the bathroom the past few days than I have in the past two weeks combined.  It’s really been tough.  But….  This too shall pass.

Onward and upward.  I am blessed that most of my marathons have gone my way.  Most without issue.  When you run as many marathons as I have over the past few years, I guess a bad one is bound to happen every now and then.  I’m just embarrassed that a bad one occurred at a race I was pacing.  I will say, I wasn’t far off my goal pace, even considering my GI issues, but I failed at my pace goal.  I didn’t accomplish what I set out to do, but as with anything else, time will heal my wounds.

Race recap coming soon…..  not all was bad!  I enjoyed most of it, met some great folks, and will return one day to Charleston to do it all over again.  Well, without the stomach issues, I hope!  🙂