What is this world coming to?  Almost every day we hear stories of misconduct by police officers.  When will it stop?

Can you name a few?

Just pull up an article on police shootings, or brutality in recent years.  So many unarmed citizens have had to pay the ultimate price at the hands of the police.  I am not a judge, nor jury, but people are up in arms over the way hundreds of incidents have been handled by police in recent years.  In the age of technology, dash cams, vest cameras, etc., so many of these are now caught on video telling a story so different than what the cops say.

The latest involves the man whose foundation I am raising money for.  James Blake was slammed to a Manhattan sidewalk and handcuffed by a white cop in a brutal case of mistaken identity.  This all taken from the NY Daily News, James suffered a cut to his left elbow and bruises to his left leg as five plain clothes cops eventually held him for fifteen minutes yesterday outside the Grand Hyatt Hotel.  Blake told the Daily News that it was definitely scary and definitely crazy.  “In my mind there’s probably a race factor involved, but no matter what there’s no reason for anybody to do that to anybody.” 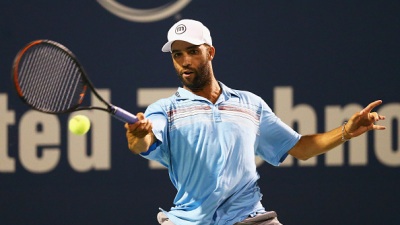 Blake said none of the cops identified themselves, and later when a former cop recognized who he was, was released.  The first cop involved never apologized to him for the takedown.  An investigation will surely ensue, and the latest I’ve read is that the officer that took James down has been placed on desk duty.

Just Google James Blake NYPD and all sorts of stories will pop up that you can read, but to me, this is just another case of excessive force used by the police when completely unnecessary.  It’s sad that this had to happen to James, and I wish him well.  After all, he has a marathon to run in several weeks, so thankfully his injuries weren’t worse.  I do think that James Blake, being in the tennis world, during the U.S. open, has a voice that will be heard, whereas if this happened to someone else, it probably wouldn’t be a story that may evoke change.  I hope some good comes from this nonsense. 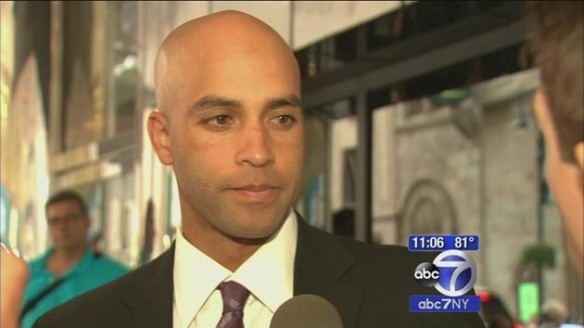 James Blake is a fine, upstanding family man.  He is an ex-pro tennis player and is an amazing example of sportsmanship and charity.  His foundation, which raises money for cancer research at Memorial Sloan Kettering In New York, is the reason I am running the New York City Marathon this year.  I joined James’ foundation charity team, and have been raising money for the last few months to aid in the research efforts.  I pledged a donation of at least $3,000 and am making great progress toward my goal.  Please help if you can.

Donations can be made directly to my fundraiser here….