It just occurred to me.  My trip to Denver this past weekend could easily fill about five blog posts.  The trip out there alone could have been one post, but I chose to abbreviate it to just the hightlights and combine it with my first race recap.  It certainly was an epic first day!

From the time my plane took off in Raleigh until I had finished a Half Marathon in Aspen, the time span was a mere 17.5 hours. Crazy!  It was all worth it though.  Nearly four hours on the plane, four to five hours in the car, three hours of sleep and a race.

Ok, deep breath.  Moving on.  Like I said in my previous post, I had an expo to get to four hours away, so hanging out after the race for more than an hour was really unrealistic. Since I had come into town the night before along a different route, I wanted to take the shorter route back to the Denver area.  This meant driving from the race finish in Basalt, through Aspen and on through Independence Pass.

Once I started driving this route it became abundantly clear to me that I was actually glad that I hadn’t tried to drive this route the night before.  It was a winding road to say the least.  It was incredibly high up in the mountains, and barely one lane in spots.  It WAS beautiful though, just incredible. 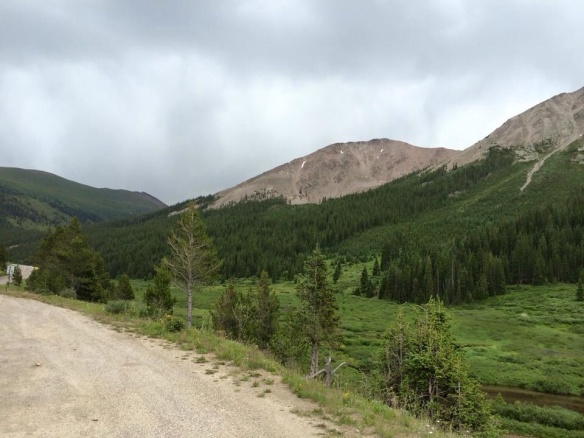 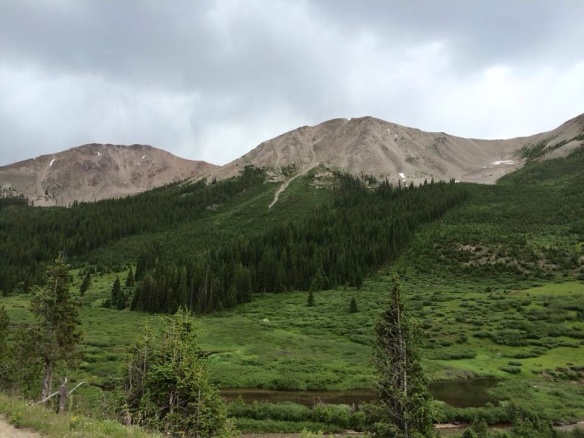 Little did I know that I would be driving along The Continental Divide.  I guess I really haven’t given much thought to what the Divide really is, so I’ve had to read up on it.  Yes, there is still snow up there.  I didn’t stop to take many pictures, but what a great place to do some sightseeing, hiking and even rock climbing.  I saw a ton of folks doing each of those things. 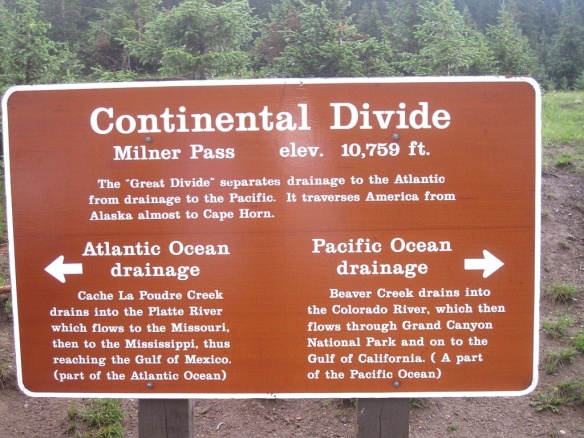 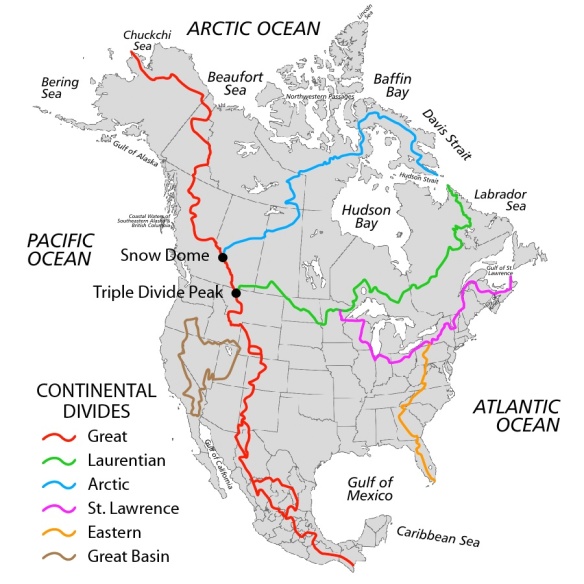 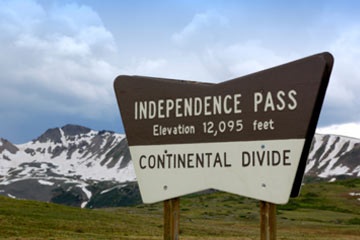 It was an amazing drive!  I still can’t believe the elevation of over 12,000 ft.  Maybe that’s why my ears kept popping.  Eventually my route took me back down through the Rockies and on into the Denver area.  I desperately needed a shower, so finding my hotel was the first order of business.

I stayed in Westminster, CO, about a 25 minute drive from the Revel Rockies race expo in Golden, and about the same distance to where I needed to catch the race buses in the morning in Morrison.  After a quick shower and a few minutes to relax I got back in the car and proceeded to the expo.  I completely forgot to take one single picture at the expo, but it was easy to find, and laid out perfectly.  There weren’t a whole lot of vendors at all, so after grabbing my bib, bag and shirts, off I went back to the hotel for some much needed rest.

Although there were many options for group dinners with other ambassadors, run groups, etc., I was so overtired, I just needed some quiet time, and an early bedtime even more.  I grabbed some food from a local restaurant and ate it in my hotel room.  Starting to fade very early in the evening, I mapped out my drive for the morning, got my gear ready to go, and set a very, very early alarm.  Like, isn’t 1:50am a bit too early?  Well, with needing to be at the parking lot for the busses leaving for the marathon between 3:30-4:15am, I felt this would be best.  I think I was fast asleep by 9:30pm.  Wish it had been even earlier.

I’ll end this post with a photo of my team and race shirt. 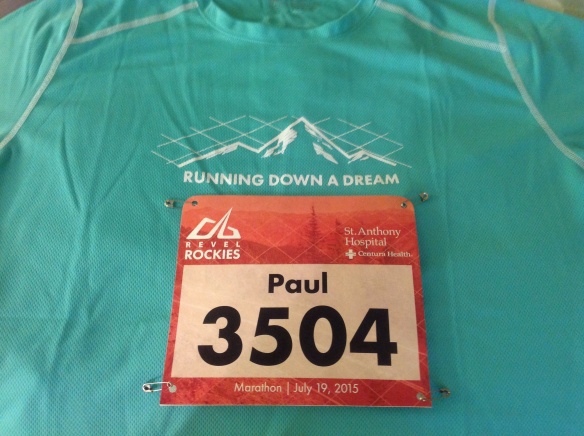 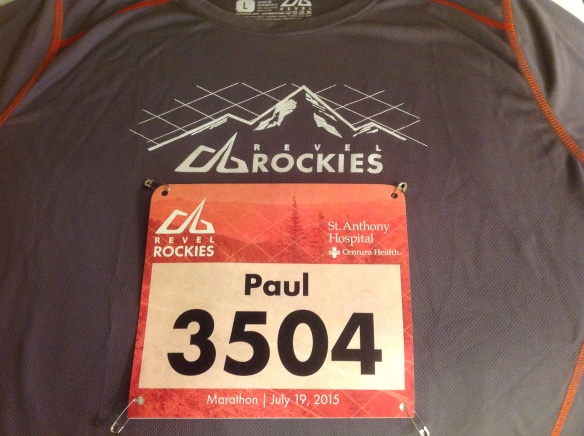