When planning out a racing season I look at many things.  I look at race history, cost, course layout and elevation, swag, ease of logistics, etc..  I pick local races a lot, and why?  Those races are typically, in the end, cheaper all around because they don’t involve travel costs or lodging.  Sometimes though, I just have to look at races that do involve travel because it often times lends to a change in scenery, a new race, a chance at a mini vacation, and so on.

This coming May, I chose a race that involves a very long drive.  Yes, of course I could fly, but that would add more expense.  I originally heard about this race last Fall, and jumped on early pricing.  This race happens to be an inaugural race.  Now, I’m not always keen on brand new races, as most often waiting a year or two for the race to work the kinks out can be a very good idea.  This time around I chose to give it a chance because of the location.  It’s a brand new marathon, where I grew up!  I couldn’t pass up the chance to run a marathon there. 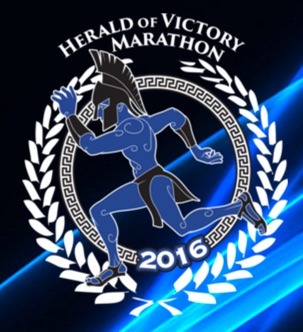 So, the Herald of Victory Marathon, in Binghamton, NY will essentially close out my long distance events before the Summer.  The course will take me all over the greater Binghamton area, and has a fair share of elevation change, but looking at the course profile, nothing too difficult.  My Father lives in Binghamton still, so it will be a great chance to once again visit, and have him attend one of my races.  A win win!

Not sure originally that I would be able to break away from work on a holiday weekend, I am going to make it happen.  I am full on planning this trip now.  The race is on Sunday before Memorial Day, so I will make the 10 hour drive on Friday before, and either head back home on Memorial Day or the day after.  Accommodations are booked just in case it ends up being more than just me who make the drive up for the weekend.  If it’s just me, I’ll stay with my Dad.

Believe it or not, I have run two races in Binghamton in the past.  Actually it was the same race, run two different years.  It was a 5k, too.  The Kelly LeBare 5k run during the yearly Spiedie Fest in August.  I wasn’t in running shape for either of those races, in fact I really wasn’t a runner at all back then.  I ran those races back in 2003 and 2004, so it’s been well over a decade since I last raced in Binghamton.  Should be a ton of fun!  So, even though this is a brand new event quite a ways away from home, I have plenty of reasons to give it a shot.  Hoping the Herald of Victory will be an amazing race capping off an amazing trip to see my Dad.